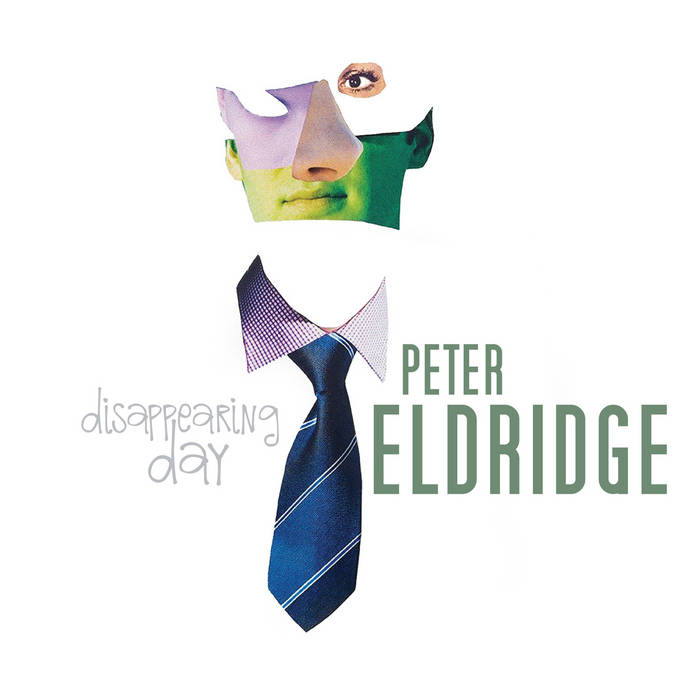 Grammy-winning singer, pianist, songwriter and educator, Peter Eldridge is poised to release his fifth and most diverse studio album, Disappearing Day on distinctive independent label, Sunnyside Records. Set for release on July 22, 2016, Peter merges an eclectic mix of styles ranging from jazz to alternative to country, showcasing his inexhaustible musical fluency. The album is comprised of seven original tunes written or co-written by Eldridge and five song arrangements from some of his favorite artists, including Paul McCartney, Leonard Bernstein, Luciana Souza, The Magnetic Fields and Frank Sinatra. Disappearing Day draws listeners into Peter’s artistic sphere through a variety of musical settings and textures.

The album features a song written by Stephin Merritt of the indie-pop band the Magnetic Fields, “I Wish I Had an Evil Twin.” Peter’s take on the track was inspired by Nickel Creek’s cover of the Mother Mother pop song “Hayloft” from their recent ‘A Dotted Line’ album. Eldridge listened to Nickel Creek’s version of that song about 1,000 times and decided he needed to have his own “Hayloft” on the album. He loves Stephin Merritt’s songwriting - so wry and so sweet at the same time, and thought this would be the perfect tune to go a little crazy with.

It also features “Wish You With Me”, a track that was left out of a documentary film he scored with composer/conductor, Adam Wate. Peter wrote this theme for the movie and was initially crushed when it got rejected, but subsequently thrilled in the long run that he got to keep the song for himself. Cliff Goldmacher helped him with the simple, ‘every word counts’ lyric. Becca Stevens was the first person he sang it with as a duet and from that moment on, he knew he wanted to record it with her.

“Forever Blue” was written in email co-writing sessions with Marco Brito - keyboardist for the legendary Brazilian composer, Ivan Lins. It started out as a last minute addition in the studio when he, Ben Wittman, and Matt Aronoff were recording basic tracks, and turned into one of the most produced projects on the album, with Sergio Mendes-esque vocals provided by Janis Siegel and Lauren Kinhan (from the Manhattan Transfer and New York Voices), strings, and wonderful Anat Cohen on clarinet.

When reflecting on the project, Peter says, “I am so excited to share Disappearing Day — what I believe is my best offer to date. I have had the pleasure of collaborating with many of my favorite people and musicians on the project. The album features a mix of original songs and covers spanning a variety of styles. The diversity in the material and personnel on this album has provided a platform for me to offer my take on the culmination of music I have been influenced by as well as the product of that influence.”

Bandcamp Daily  your guide to the world of Bandcamp